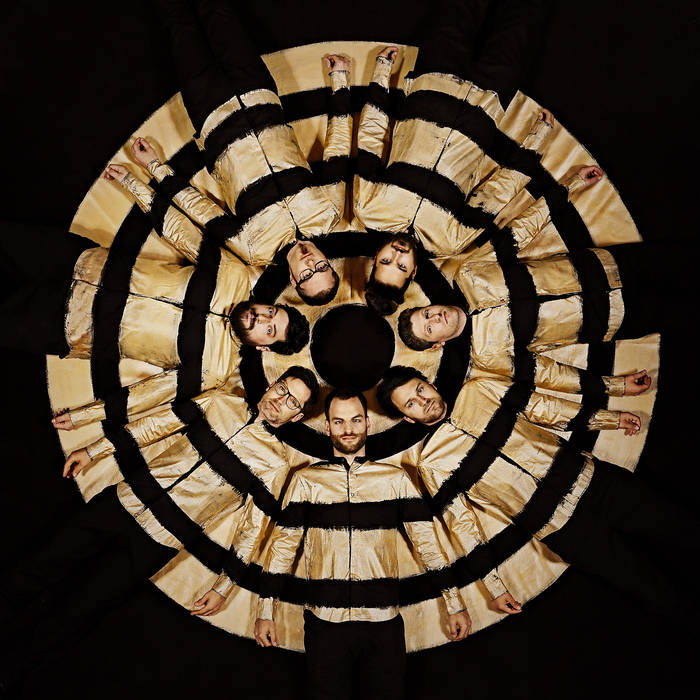 Mike Kidd An old sax player and general jazz guru I used to hang with was fond of telling me that improv was "all about tension and release". This has to be the ultimate demonstration of that maxim. Prepare to be blown away! Favorite track: You Let Go You Fly.

"This seemingly unbalanced band - two drummers, two bassists, three horns - founded by opera-writing polymath Lukas Kranzelbinder have forged a fierce reputation for sprawling sets that nod to the '60s spiritual Jazz of Alice Coltrane and Pharoah Sanders undercut with Sons of Kemet's interlocking rhythm fluidity. If those parallels are apparent amid the full force of I Can Feel The Heat Closing In and slow-burning, spectral progressions of So He Spoke, the 19-minute Grilling Crickets in a Straw Hut is different level, as guesting guitarist Tobias Hoffmann and flute-wielding resident Johannes Schleiermacher soar above Kranzelbinder's boombastically grooving guembri.
Able to blind you into a trance and make you dance to your knees, Gris Gris twists, blisters and burns like a fevered dream."
► MOJO 4**** Review

Austrian band Shake Stew has become something of a phenomenon. With their premiere at Jazzfestival Saalfelden 2016 and their following debut “The Golden Fang” they seemingly exploded into the scene out of nowhere. Since then their high energy mixture of hypnotic afrobeat and jazz grooves has made them enormously successful not only on home turf but across Europe. Led by rising star bassist Lukas Kranzelbinder they quickly became one of the hottest live acts on the circuit, while the impact of their second album “Rise and Rise again” (featuring Shabaka Hutchings) enabled them to spread their unique sound further afield, including an extensive tour of Canada, Mexico, Morocco and stand out shows at prestigious festivals like Montreal, Rochester and North Sea Jazz Festival. The band has also attracted the attention of Germany’s leading newspaper Die Zeit who, in an unusual move, sent one of its writers to spend 5 days with them to cover the formations summer residence at Jazzclub Unterfahrt; the resulting feature was euphoric in its praise: "What I heard blew me away. Captivating rhythms, melting brass, hypnotic funk-beat-swing-afro-jazz-rock-rhythm-and-something. I was glued to my seat and could barely get up. […] Meanwhile I know that other listeners had similar initiation experiences; something comes from this band that is new and special - and very attractive.”
Despite being on the scene for only a short time, German Radio NDR already called them a “Cult Band” and everyone who could witness the septet's two-day residency at Viennese Jazz Club Porgy & Bess earlier this year might understand why: Both evenings sold out, a total of nearly 900 listeners, who crowded into the club to hear the latest sounds of a band whose journey has only just started.
Riding on all this success Shake Stew are now releasing their third studio album Gris Gris on 1 November. Not content to do anything by halves (their first single was 19 minutes long), Gris Gris is a double album of what they do best: A high-octane mix of fiery jazz and trance-like groove injections combined with mysterious soundscapes and spiritual free jazz eruptions - or as one Austrian newspaper described them “an intergalactic road movie for the ears!”

All compositions written by Lukas Kranzelbinder
All tracks recorded on June 9 and 10, 2019 at Fattoria Musica by Werner Angerer and Markus Wallner except parts of "I Can Feel The Heat Closing In" recorded live on Mai 19, 2019 at Jazzfest Bonn by Martin Braun
Mixing by Werner Angerer and Markus Wallner
Mastering by Vlado Dzihan at Milkshop Mastering
Photography by Peter van Breukelen at Codarts Circus Arts
Painting by L.G.
Artwork by Kaz