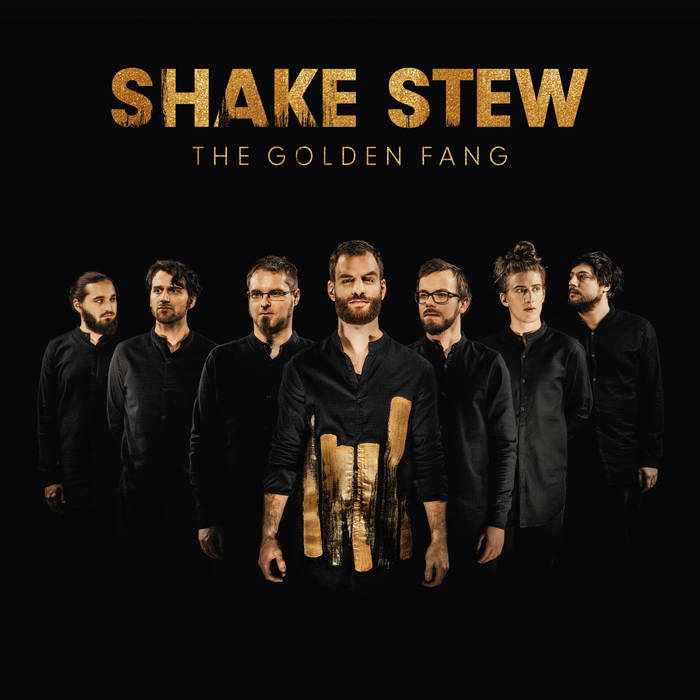 Paco Amazingly catchy. I play both this and Rise and Rise Again pretty much every day.

"Bassist Lukas Kranzelbinder opens the buffet of new sounds, with the band Shake Stew. Style is a thing of the past – transformation and diversity are the new genre! Let the good vibrations flow! Shake Stew is an intergalactic road movie for your ears.”
Kurier

“The Saalfelden festival wasted no time, opening with something remarkable on the main stage: bassist Lukas Kranzelbinder and his septet showed how elegantly composition and improvisation can be fused. Moods were subjected to gradual, cunning metamorphoses, soloists wreathed in thick, atmospheric, clouds of sound. The music evoked marching bands and free-tonal celebration, punctuated now and then by Eastern scalar excursions and bluesy innuendo. It made for a fairly magical opening set.”
Der Standard

“It was a concert deserving of celebration. The 28-year-old writes sublime pieces, using the unusual instrumentation – three horn players, two basses and two drummers – to excellent advantage. Judging by this example of the younger generation, Austrian jazz is in excellent health.”
Oberösterreichische Nachrichten
____

What do you expect to read about a band you already got an idea of? Look at the picture above. You can’t help but immediately feel a certain vibe. Although you can’t really tell what the nature of your feeling is, it becomes very clear that it’s everything – and nothing at all. That vibe is what we refer to as THE GOLDEN FANG. “Whatever you do keep clear of the Fang” they used to say. But not anymore. This Golden Fang – what they call many things to many folks – a vertical package inhabited by an ancient energy. From every point of view it quickly becomes obvious that the word is neither the sound nor the feeling, just as the map is never the territory. Which transforms the attraction towards a thing as diversified as the Golden Fang into a natural act of pure instinct. The “what” and “how” become irrelevant as soon as you realize that it’s midnight, pitch dark, and you can’t remember wether they drained the pool or not. But hey, what does it matter? You bounce once, twice, then off the edge of the board and down in a blunt cannonball. One thing’s for sure: At some point SHAKE STEW will let loose. And if that happens you’d better be around.